Sentosa Island, Singapore may consist of only five square kilometers, but over the last four decades, it has become hugely famous around the world. Located a mere kilometer away from Singapore’s main island, the palm tree studded Sentosa has been groomed to become one of the world’s premier vacation destinations. With nearly a billion American dollars of private and government money invested in its infrastructure, Sentosa’s destiny of greatness is now clearly becoming a reality.

Commonly referred to as Asia’s favourite playground, Sentosa is home to a multitude of attractions that keep tourists arriving by the boatload. With award-winning spas, lush rainforests, beautiful beaches, five-star accommodations, world-renowned golf courses, a deep-water yachting marina and luxurious residences, it’s safe to say that Sentosa provides every opportunity for fun, adventure, and relaxation. These many attractions, along with its inviting climate, make Sentosa a suitable competitor with any other vacation destination in the world. 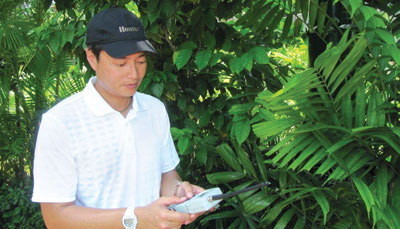 One of the latest installments on Sentosa is its new Universal Studios theme park. Universal Studios is a series of amusement parks around the world that offer rides, exhibits, events, and other attractions themed around both contemporary and historical entertainment-related subjects. In nearly two years of construction, and a great deal of anticipation both nationally in Singapore and internationally, the park opened in March 2010. The facility occupies 20 hectares and 24 total attractions, which utilize both manmade and natural environments to create an unforgettable experience for visitors.

During construction, one of the largest considerations the managing stakeholders needed to keep in mind was the project’s environmental impact. The core of Sentosa’s drawing power is the beauty and tranquility of its natural environment, 70% of which consists of oceanfront rain forests. Preserving the beauty and serenity of the island was a primary priority for developers. 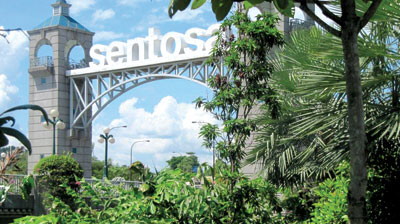 When the time came to choose a supplier for the park’s vast irrigation system, environmental impact was also a key contributor in the decision. They also needed a system that would be able to withstand heavy public traffic and perform accurate, efficient, and reliable resource management functions. As Hunter Industries is well known for innovating and producing products specifically for these applications, developers quickly called their region’s Sales Manager to provide their prized park with the system they needed.

Anytime an irrigation system is installed over a 20-hectare area, it is going to be a complicated affair. All components must be specified very carefully with a deep understanding of system flow rates and water allocation. To keep costs down and maximize system simplicity and efficiency, developers utilized Hunter’s commercial-grade decoder control solution, the ACC 99D controller and ICD decoders. This allowed the system to use as little wire and installation time as possible while still providing the ultimate in commercial control and precision watering solutions with outstanding resource management capabilities. To keep water reliably flowing only where it needs to go, PGV valves were installed with the utmost confidence. 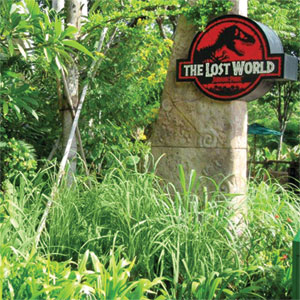 Whereas 5 or 10 years ago specifiers would have selected the standard spray type of sprinkler for their close-in irrigation needs, with Hunter, more precision-focused watering methods are available. So, in order to use as little water as possible, while still maintaining optimal plant growth, specifiers for this project chose to go with Hunter’s MP Rotators. The MP Rotator is a revolutionary watering device that utilizes multiple streams of water delivery, so the water reaches the soil at the rate it is absorbed. Highly popular in both commercial and residential applications, MP Rotators have saved billions of litres of water, and will undoubtedly do the same at Universal Studios Singapore.

The other major need that the park required was finding a dripline solution that provided ample irrigation, but did so as evenly and reliably as possible. After learning about how Hunter had innovated their pressure-compensating Professional Landscape Dripline by inserting check-valves into line emitters, the answer was plain as day. Check valves prevent debris from sucking back into lines and drainage at low-lying points. Whether it’s a flowerbed or other creative landscape configurations, the PLD’s targeted technology is the perfect application.

With Hunter products properly specified throughout the grounds, Universal Studios Singapore and Sentosa Island are both ensured a long-term irrigation solution that will stand the test of time and deliver only what the landscape requires to thrive. With so much surrounding natural beauty and so many amazing resorts and attractions to see, Sentosa is assured to be one of the few destinations that will be on the wish list of every traveler around the world.