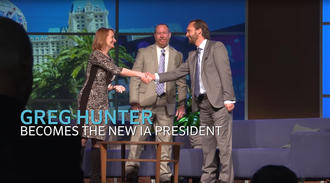 The annual Irrigation Association show was held this December in Las Vegas, NV and was one of the busiest shows in recent memory. Hunter celebrated 35 years of innovation with four major product launches. Even more exciting was Greg Hunter was introduced as the Irrigation Association President for 2017. The announcement continues a family tradition, with Greg following the footsteps of his father and grandfather, who both served as IA President. Greg looks forward to leading the IA by serving its members through education, innovation, and promotion of efficient irrigation technologies and practices. 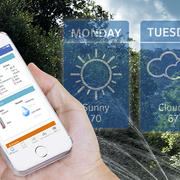 Looking for ways to simplify your golf course irrigation? Stop by our booth at GIS Virtual 2021 to learn how Hunter TTS-800 Series rotors and Pilot®...