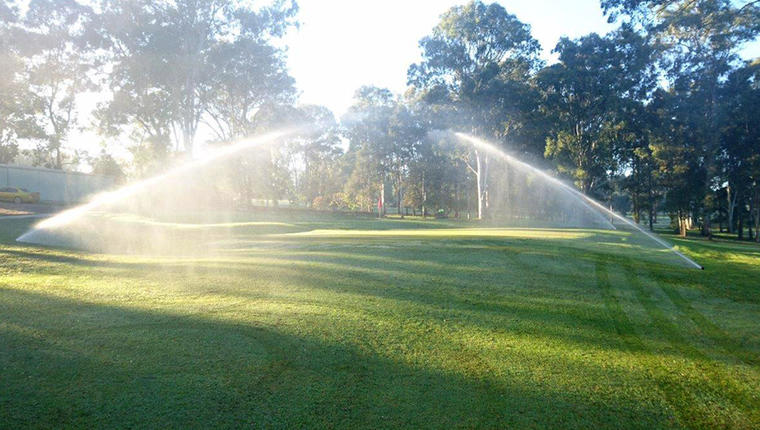 The new irrigation system at Beaudesert Golf Club in Queensland, Australia — where world champion golf pro Jason Day began his career as a youngster — has been lauded by club management for not only improving the playing surface, but also increasing membership. The upgrade, which includes industry-leading Pilot® irrigation management software and golf rotors from Hunter Industries, was designed and managed by Gold Coast irrigation consultant Simon Cowland-Cooper. The contractor for both stages was Turf Irrigation Services based at Capalaba in Brisbane. The original system — which only irrigated greens and men’s tees — had been in use for about 25 years, so an upgrade was needed to improve water delivery, reduce labor costs, and enhance energy efficiency. Because this was not a cheap undertaking, the process was divided into two stages. The club funded the first stage, which included a full upgrade of the pumping system, at a cost of $320,000. Most of the remaining cost was covered by a $120,000 grant from the government-sponsored “Get Playing Places and Space” program.

The 18-hole course is Par 70 at 5,843 meters. It also includes practice facilities such as a driving range, putting green, and chipping green. Overall, the contours indicate levels ranging from RL 53 to RL 103. The area above RL 80 consists of rocky subsoil. The subsoils are mostly sandy loam and the topsoils are heavy clay and silt loam. The course is relatively flood-free, and there are virtually no problems with general drainage anywhere on the course. Key challenges included retaining some of the existing mainline and adding sufficient air valves and isolation valves. To control the system, we chose a 24V low-voltage decoder system attached to a Hunter Pilot DH500 pedestal-mounted satellite controller adjacent to the new pump shed.

The new pump station is located 12 meters above the lowest point on the course. We retained the existing power supply, which allowed us to use 2 x 22 kW pumps with an 11 kW jacking pump. The total available flow was 40 liters per second at 85 meters TDH (total dynamic head). We set sprinklers located above the static head of the pump station at an operating pressure of 450 kPa, and those located below the pump at 500 kPa. Because of their high distribution uniformity and reliability, we decided that the new system should utilize G885 and G880 rotors on greens and fairways. For the tees, we chose high-performance I-25 rotors with durable ICV valves.

According to Beaudesert Golf Club Superintendent Nigel Dean, additional benefits include far better uniformity, fewer applications of wetting agents, greater run-time flexibility, increased time savings, and less inconvenience to golfers. While Beaudesert always had a good layout, it had been an uphill battle to get enough water on to the course. That has all changed after getting the right amount of water on the fairways, tees, and greens. Beaudesert is poised to become one of the best rural courses in South East Queensland. Pennant players from the city have been amazed at the condition of the golf course and rate it highly. 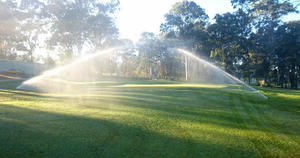 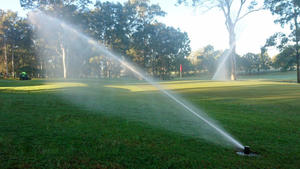 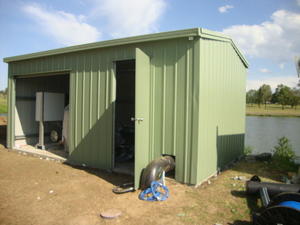 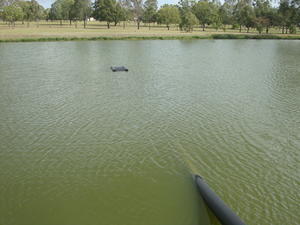 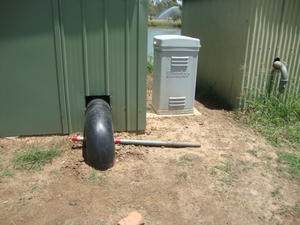 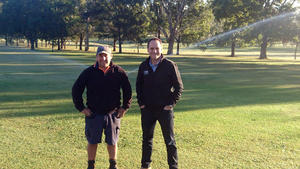