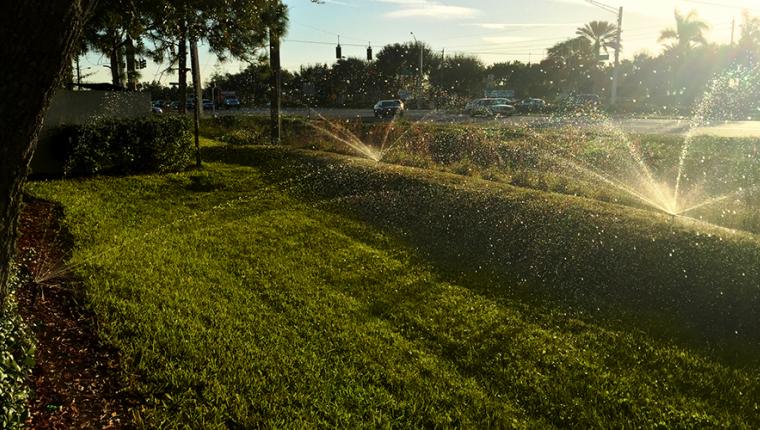 Voted "Best Shopping Mall and Shopping District" in Southwest Florida, and "Best Factory Outlet Mall" for 17 years in a row, Miromar Outlets features more than 140 top designer and brand name outlets. The site also hosts special events throughout the year including special crafts for children, sidewalk sales, and an Independence Day Fireworks show. The mall is truly a gathering place for the community.

This large retail site was nearly ten years old and had a variety of irrigation products that were not performing as well as they should have been. The plant material was not thriving and a change in the systems needed to be made. The site is located in Lee County, which imposes a two-day (16 hour permitted irrigation window) per week watering restriction. The goal of the management company was to bring the landscaping back to a high level of visual appeal without using more water.

The improvement project began when the outlet’s management company hired Stahlman-England’s Vice President, Steve Hall, FWSAP, CLIA, CIC, to conduct an audit of the entire center. The audit confirmed that there were three different manufacturers’ sprays, rotors and controllers and that they were in various states of repair. Following the audit, the management company had the choice to spend a large amount of money on a new system (larger main lines, larger single zones, larger valves) or spend less to upgrade the system to smart control with water savings devices like IMMS-ET, MP Rotator and PLD Dripline and apply for a variance with the county water board. They chose the latter and hired Stahlman-England to conduct a major update to the site, which affected nearly every aspect of the irrigation system other than the wiring and mainline.

Many of the spray zones in the high-traffic areas were converted to drip zones using Hunter Drip Control Zone Kits and Professional Landscape Dripline. This allowed for the mostly perennial flower areas to be watered more efficiently without runoff, and present a favorable, water-saving upgrade to the water board.

In turf areas, the 4" pop-up height rotors from various manufacturers were upgraded to Hunter MP Rotators on 6” Pro Spray bodies. The taller pop-up height allowed for better coverage in the longer warm-season turf grass and the MP Rotators added a very high level of efficiency to these areas – another upgrade that was viewed favorably by the water board.

Mr. Hall successfully submitted his updated irrigation system to the South Florida Water Management District and was granted a variance that allowed the site to irrigate seven days a week. This gave him the flexibility to meet the plants’ daily water requirements while documenting savings of a whopping 3.5 million gallons during the year following the upgrade. Better still is that the outlet’s landscaping has enhanced the high-level shopping experience that the management company desired. Mr. Hall summed up his project this way, "This was a very important project for Stahlman-England and Miromar Development Corporation. I chose Hunter for more reasons than they have a line that met the project’s need. Hunter is a company that listens to the industry and responds with innovative, problem-solving products. Even more important, though, is the support that I know would be there…they have my back, which is especially important tackling a project as vast and visible as this one." 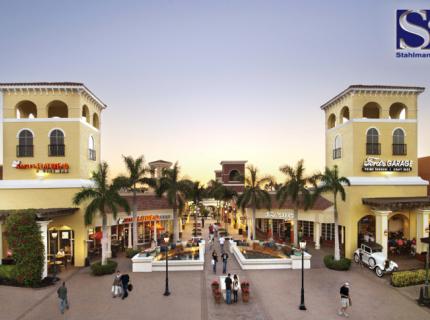 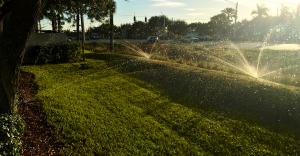