In most instances, a tack/glue board is specified to be constructed around the perimeter of the ST243636B Vault. Building the tack/glue board may or may not be the responsibility of the irrigation contractor. The purpose of the tack/ glue board is to provide a means to securely attach the synthetic “carpet” around the perimeter of the enclosure. Depending on the specification, the carpet will be attached with tack nails or glued, or both.

The most common tack/glue board construction material is TrexTM type 2"x 4" (5 cm x 10 cm) lumber. Depending on the field design and the location of the Vault, the tack board will be an independent perimeter board or, attached to the field perimeter tack/glue board as shown below (ST173026B Vault shown). The tack/glue board rests upon the compacted field base material. The design can be a very close-fitting frame about the Vault’s exposed upper rim with adhesive between the frame and the Vault or, a looser framework with concrete between the frame and Vault as shown below. 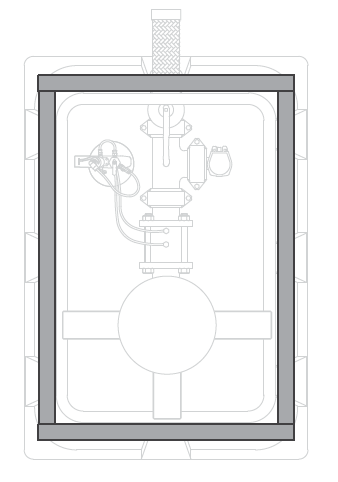